How do the top games stack up against one another? 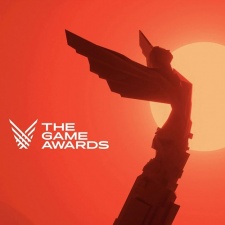 Ahead of The Game Awards 2020, we're taking a look at the five nominees for Best Mobile Game as well as how each is fairing in terms of global revenue and downloads (data provided by Sensor Tower).

Hosted by Geoff Keighley, The Game Awards takes place on December 10th from 23:30 UK Time (15:30 PST) and is expected to debut "around 12 to 15" new game announcements. The show can be watched live across 45 platforms, including Twitch, YouTube, Twitter, Facebook, Steam, and more.

Call of Duty: Mobile tops the group for lifetime revenue at $594.7 million, with $480.3 million of that figure coming from 2020. The first-person shooter originally launched in October 2019. Similarly, the game has achieved 285.6 downloads lifetime downloads, just enough to see off all other competition. The US was attributed to both the highest contribution of player spending and installs.

Genshin Impact may have only launched in September 2020 but it has already gone on to amass $479 million in revenue - only one million behind Call of Duty's total for this year. What's even more impressive is that this figure has been generated from 28.8 million installs, the majority of which originated from users in China.

One of the surprise hits of the year was Among Us, which after launching in June 2018 on mobile, witnessed a major renaissance. While the Mafia-inspired title has accumulated over 267 million lifetime downloads, approximately 252.6 million or 94 per cent of that number were made in 2020 alone.

On the other hand, revenue has been slightly lower with $52.5 million grossed to date - $52 million of which, was earned this year. Players across the US accounted for the bulk of both installs and spending.

Since releasing in April 2020, collectable card game Legends of Runterra has surpassed 11.4 million downloads and $10.3 million in revenue. Users across Brazil ranked first for worldwide installs, while those in the US topped player spending.

Finally, we have the free-to-play puzzler Pokemon Cafe Mix, which has generated close to 4.6 million downloads and $2.4 million in revenue. Launched in June earlier this year, it seems the game has failed to capture a substantial audience outside of its home country of Japan, where its biggest player base stemmed from.

This especially rings true when you compare the title to other experiences that utilise the Pokemon IP, such as Pokemon Masters and Pokemon GO. The latter of which has now crossed the $4 billion mark and is still flying high.

You can check out the full list of nominees for The Game Awards 2020 here.

While mobile had a presence at the event last year, we previously discussed why mobile games should be left out altogether and more importantly, why that's fine.