This is the firm's first investment outside of the Nordic region 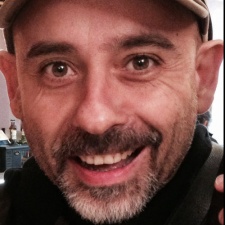 No value has been put on the deal as of yet but the company has apparently said that it is a "sizeable" investment. This is the first investment that Nordisk has made outside of its native Nordic region (try saying that one quickly, I dare you).

"Since the first time we met with them, we were very clear that both parties shared the same DNA, ambition and objectives and we are convinced that we are entering a new era of consolidation and growth for our studio. The saying “The best is yet to come” takes on all its meaning now."

Nordisk Games senior partner Martin Walfisz added: ”After meeting the founders and team at MercurySteam we immediately recognized their fantastic talent and creativity at work. The studio is undoubtedly one of the premier PC and console game developers in Europe, and we’re very proud of having the company join our portfolio. MercurySteam’s track record speaks for itself, and the games they now have in development are extremely promising and exciting."