To support with organisation's work with animals 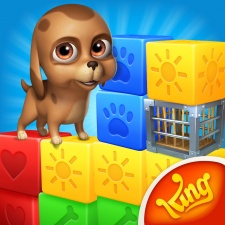 Mobile games specialist King has partnered with charity Battersea as it works to help animals.

A four-week-long campaign will be held in Pet Rescue Saga. Throughout that period, players that open the game will have the chance to participate in weekly challenges, each of which will be themed around different areas of work by Battersea.

For example, the charity's work includes training and behaviour, which will be reflected in happy dog week, happy cat week and rehoming week.

Weekly, there will be set targets for Pet Rescue Saga players to hit. For each task achieved, a real-life monetary donation will be made by King to Battersea. The campaign begins today on January 11th.

"We are thrilled to be able to support Battersea and the amazing work they do with this first-of-its-kind in-game takeover in Pet Rescue Saga," Pet Rescue Saga head Lina McAneney.

We know Pet Rescue Saga has a wide and loyal fanbase who love real-life animals, and we hope both seasoned and new players get behind the cause and help unlock important donations for Battersea in 2021."

Last year, thanks to lockdowns, there was an increased demand for pets. However, sadly, some of these families bought these animals from irresponsible breeders which has led to many sick dogs and cats being given to the charity.

"Every penny donated to Battersea as a result of this partnership will go directly toward the care of our animals and others across the UK and beyond - so we hope Pet Rescue Saga's loyal players will enjoy this opportunity to game for good and help real-life dogs and cats in need."