All of the hottest stories from the region 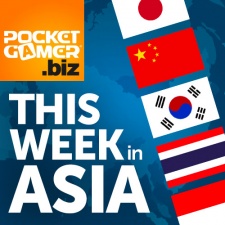 The Nintendo Switch has shifted one million units in China since its launch in December 2019. Tencent - Nintendo's official Chinese partner - has confirmed the figure.

Moreover, a spokesperson for the tech giant claimed that the Switch sales are "a good start", while the market has been receptive to the games that have been published for the Chinese version.

Around 48,000 titles got the chop last month, as Apple purged mobile apps that did not have the appropriate government license.

On December 31st, to meet end of year deadlines, the iOS creator removed 39,000 games from the App Store. The most it had ever chopped in a single day. Last year, Apple first gave developers until July 31st to acquire the appropriate licenses, as it would no longer approve games that did not have an ISBN.

Call of Duty: Mobile has generated $14 million within its first week of release in China, according to Sensor Tower.

The mobile shooter officially hit the Chinese App Store on Christmas Day, after having racked up more than 46 million pre-registrations by October 2020.

Tencent's Honor of Kings reigned supreme as the top-grossing game in December 2020, according to Sensor Tower.

The battle arena game saw a growth of 58 per cent year-on-year as it generated $258 million in player spending. Overall, 96 per cent of its earnings came from China, while Taiwan and Thailand were responsible for 1.4 per cent and 1.2 per cent, respectively.

As part of the agreement, Tilting Point will aid with user acquisition funding and management for the South Korean firm's title, Dangerous Fellows, a dating simulator.