Nexters to go public through merger with Kismet Acquisition One SPAC 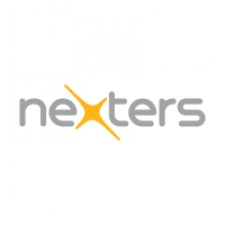 In the agreement, Nexters has been valued at $1.9 billion. Last year, the company saw $318 million in set sales and $120 million in free cash flow to equity.

Moreover, thanks to its flagship title Heroes Wars and new mobile games set to launch this year, Nexters net bookings are projected to hit $562 million in 2023.

Nexters founders Andrey Fadeev and Boris Gertsovsky, alongside company investors, will roll 92 per cent of their shares into the new combined company and have agreed to be locked in for 12 months.

Moreover, following the merger, CEO Fadeev and head of R&D Gertsovsky will continue to lead the company.

"Nexters is one of the fastest-growing mobile gaming companies in the world, propelled by a mission to produce games that transform the user experience, bring joy to players across the globe, and have the potential to become 'forever franchises,'" said Fadeev.

"In our flagship franchise, Hero Wars, players come not just to play and win, but also to spend time with other players, effectively making it a social network wrapped around the game.

"We are thrilled to make our debut as a public company, which will take us further on our quest to become a globally recognized market player. We are incredibly excited about the future of gaming and thrilled to have experienced partners such as Kismet Capital Group by our side."