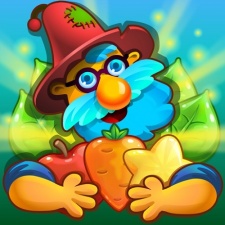 The purchase will see SmileyGamer work on new seasonal experiences for the mobile platform, while expanding on its already existing games portfolio via live ops, user acquisition and further ad monetisation.

Founded in 2016 by Jochen De Schepper, the publisher has specialised in match-three titles, finding success with Farm Charm, Easter Egg Match and Shape Matcher. Before this, Schepper has been working in the games industry as self-employed online and mobile developer since 2007.

The company claims to generate an annual revenue of £5 million ($6.83 million), with a return on ad spend doubling since the announcement of intent to buy was made. Overall ad revenue has seen a 50 per cent increase too.

"It’s been great to have had the opportunity to grow SmileyGamer from the ground up over the past five years," said Schepper

"I am excited to move into a new chapter and pass the reins over to Phoenix since I know they will continue to make it a fantastic success, and no doubt do an even better job than I ever did."

Phoenix Games CEO and founder Klaas Kersting added: "SmileyGamer was already doing a fantastic job in a competitive genre, delivering great games for their audience. We saw huge potential in maximising their existing titles, as well as developing new themed games, by helping them understand how best to scale their business."

Originally, Phoenix Games was formed in April 2019, with the group looking to grow free-to-play games and solve problems for indie to midsized studios.

Only a couple of months prior to this, the company also purchased German developer Sixteen Tons Entertainment as it continued its growing development group.