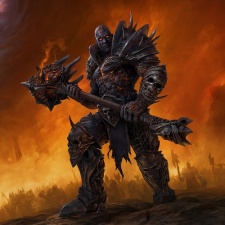 Activision Blizzard has revealed that it has "multiple" free-to-play World of Warcraft games in development for mobile.

The unannounced titles were confirmed by CEO Bobby Kotick during the company's latest earnings call, noting that both classic and modern games have seen a rejuvenated interest throughout 2020. The company posted a 40 per cent year-over-year increase for net bookings.

This is not the first we've heard of a mobile game based on the company's franchises, as Blizzard was reportedly working on a Pokémon GO-styled World of Warcraft spin-off for the platform in November 2018. A similar story ironically did the rounds at the same time.

World of Warcraft is one of the highest-grossing video game franchises of all time, constantly branching out into new forms of media. The fantasy world even received a film adaption in 2016, though it failed to recoup its budget and cost the company an estimated $200 million-plus.

"In our Warcraft franchise, we intend to deliver more frequent premium content to sustain and expand the World of Warcraft community and we've made multiple mobile free-to-play Warcraft experiences and they're now in advanced development, based on our franchise's beloved IP," reads the full quote from Kotick.

"This will create opportunities for both existing players and new fans to experience the Warcraft universe in entirely new ways."

One Warcraft-inspired mobile game that already made waves is Hearthstone, which was previously confirmed to have more than 100 million users.

During the same call, King President Humam Sakhnini confirmed that Crash Bandicoot: On the Run will launch in March on mobile devices.