A 28 per cent increase year-over-year 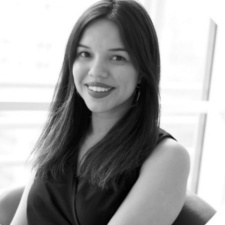 There are 28 million more people playing mobile games across the US since the Covid-19 pandemic began.

The number was revealed by Facebook global vertical insights marketing strategist Chloé Gingrich during their talk on 'Gaming audiences growth since March 2020' and represents a 28 per cent increase.

Players in the UK also grew by 50 per cent during the same duration to 8.6 million, while those in South Korea shot up by 34 per cent to 9.4 million. Similarly, German users increased to 6.5 million, a rise of 34 per cent. The biggest increase across the majority of terrains originated from people aged 18 to 24.

A new player in the US was likely to spend on average $27.20 per month, whereas an already existing 'gamer' would spend $17.00. For new players in the UK, this would equal $16.62 as opposed to $4.20 for already existing. Interestingly, it was those living in German that would spend the most at $32.45 per new user.

"Many existing gamers shifted their gaming behaviours to adapt to shelter-in-place orders and some have continued this habit," said Gingrich.

Another interesting stat pointed to game streaming, where data showed that there were 7.4 billion hours of content consumed throughout the entirety of 2020, a 91.8 per cent rise year-over-year.

Facebook conducted the research to understand player behaviour, motivations, preferences and habits. The full report can be accessed here.