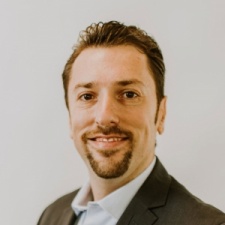 Steeve is CMO and Head of Business Development and Strategic Partnerships at Irdeto. He is a seasoned cybersecurity executive with nearly 20 years of experience in building products, and driving engagement and revenue within the cybersecurity domain. Steeve has a wealth of market knowledge and experience in the video entertainment, mobile gaming and connected industries such as healthcare and transport.

Steeve holds a Master’s degree in Software Engineering and is well-versed in the international business landscape, having held key strategic positions in The Netherlands, Canada and China throughout his career. Prior to his current leadership role at Irdeto, Steeve was Co-Chief Executive Officer at International Datacasting Corporation (IDC), a technology provider to the world’s premiere broadcasters in Canada.

Where there are games, there are cheats. No matter what, in a player-versus-player environment, there will always be a hacker looking to gain an unfair advantage. However, what are ramifications to a developer and its players?

As part of Pocket Gamer Connects Digital #5, we welcomed four experts to a speed panel focused on the real costs of cheating on studios, mobile games and mobile games communities.

"It usually means to find an unfair advantage against everyone else in order to be at the top," said Huin.

When it comes to cheating, people can do a range of things, such as hacking the server which is relatively rare and local exploitation, which is also a not so common practice within the games industry.

Players can seek out ways to gain an unfair advantage. Cheating is most certainly "widespread" within the industry. Soon as a cheating method is discovered within a game, it tends to be exploited.

It can ruin the experience for other players. For example, in a shooter, cheaters may see through walls, thus gaining an unfair advantage over those that play the game as it was intended.

"Don't know exactly what the impact is, but it is widespread," said Hussain.

If you do not address the problem, then it is a sure way to lose money. Players do not like to lose; it's natural. However, should they rack up losses due to obvious hacks, they could well leave the game, taking their money with them.

Players will not be willing to spend money on a game that does not take action against cheats, as the fun essentially gets removed as they continue to lose to unworthy winners - "what is the point if I am going to lose anyway."

It is crucial, as a developer, to build trust with the player base.

Testing can very well flag up potential exploits, which the developer can then address.

"One of the biggest problems is to find out that something is going on behind the scenes. Because when you find out it is too late," said Gulati.

There are various solutions when it comes to cheating; there is more to it than just testing. Constant monitoring and reporting are needed.

A last-ditch effort to cure the problem is a ban wave. However, should a developer reach this point, it can be considered a "fail" because they failed to pick up on the hacks and exploitations.

Anti tampering can be used to ensure that a game is not modified, meaning an unfair advantage is that much harder to come by. A developer can also use AI on the backend to monitor, thus flagging up unusual activity.

"It is an internal fight between security and those that are attempting to hack or cheat," said Huin.

Unfortunately, no matter what, there will always be someone out there to crack a game. However, the solution is to make it as hard as possible to achieve the hack.

When issuing a ban, it is essential to be sure that you have the right person. While it is rare, it has been known for players to receive a band through being accused of cheating, only to be completely innocent.

"As soon as you have competition, you will have someone looking for their way to the top," said Huin.