Social gaming was discussed at length during panel 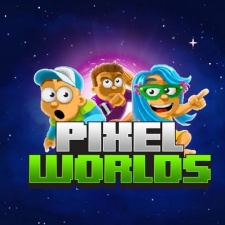 Kukouri Mobile Entertainment CEO Kim Soares has confirmed that "50 per cent of downloads" for the studio originate from player's friends.

The stat was revealed during PGC Digital #5 as part of a panel on 'What to Expect in the Social Games Market'. Alongside Soares, other panellists consisted of Quicksave Interactive CEO and co-founder Elina Arponen Black, Softgames CEO and founder Alexander Krug, as well as Snowflake Games CEO and founder Filipp Karmanov.

Founded in 2011, Finnish social developer Kukouri Mobile Entertainment has accumulated over 50 million downloads globally across PC, console and mobile. The studio runs a survey each year asking for feedback from players. One of the stats returned claims that 92 per cent of users made new friends through their games.

A big part of this was put down to basic functions, such as the ability to chat in-game, having access to leaderboards and making groups available through social media platforms.

"The social media layer is really important for social games these days - it's not just a game anymore. We want to create concrete things that are beyond the games themselves," explained Soares.

"Since day one we have created videos and content and for our channel", he added on the hiring of a community manager.

Soares previously appeared at PGC Digital #2, speaking on why now is the right time to scale up, referring to the global lockdown where players were spending more time at home.