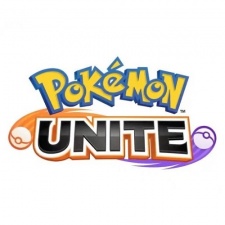 A regional beta test has been announced for the upcoming free-to-play MOBA, Pokémon Unite.

As part of an ongoing partnership between The Pokémon Company and Chinese publishing giant Tencent, Pokemon Unite is the first in what is expected to be several games from the deal. The regional beta will take place in March and will only be open to residents in Canada.

The five-on-five strategic team battler was previously announced as part of a Pokémon Present digital event back in June 2020. It received an overwhelmingly negative response, currently sitting at an approximately 10 to one downvote ratio on the game's debut trailer.

"Team up and face off in five-on-five team battles to see who can score the most points within the allotted time," reads the app description.

"Work together with your fellow Trainers to catch wild Pokémon, level up and evolve your partner Pokémon, and defeat the opposing team’s Pokémon to prevent them from scoring points. Put your teamwork to the test, and take home the win!"

Any players willing to participate must be at least 16 years old to enter. Those that do gain access will have their progression reset upon the beta’s completion.

The app is compatible with Android devices that have three gigabytes of RAM or more and have Android version 5.0 or higher installed.

Coincidentally, Nintendo's first full direct in 18 months is scheduled to take place tomorrow, though we're not expecting any Pokémon Unite news, considering the backlash the game received upon its unveiling.

One game that has fared better with fans is the recently revealed New Pokémon Snap, which will launch for Nintendo Switch on April 30th, 2020.