Including a mobile strategy game 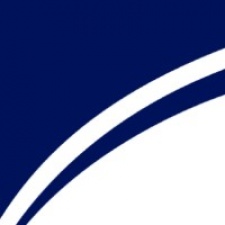 Stratosphere Games has raised $2.5 million to work on various projects.

The newfound investment will be put towards a new mobile strategy title, currently dubbed "Project MiniCiv."

“We believe that Western Audiences are underserved when it comes to mobile MMOs,” said Skycatcher’s Siamac Kamalie.

“These are some of the most complicated games to build and the market today is led by Korean and Chinese game developers who make games catered to the local audience tastes.

"Stratosphere Games has invested heavily into their technical capability to offer the same rich MMO experience seen in Asia with millions of players interacting in a virtual world but it is designed for the game preferences of Western audiences.”

However, on top of "Project MiniCiv," Stratosphere will also use the money to further its mobile publishing business, whilst also looking to grow into the MMO market.

"With Skycatchers investment and the German Games Fund we will be finally able to unlock the power of out our passionate, talent-rich and multi-disciplinary team to build unique and long-lasting metaverse games experiences," said Stratosphere Games CEO Kristian Metzger.

COO Daniel Ullrich added: “We are working on games with a community-centric development approach, so it’s quite logical that we start our own publishing with the same mindset.

"Modern MMOs need to deliver not only a great gameplay, but also a holistic player experience which includes all angles of the game, from web to second screens."

Currently, Stratosphere Games has a team of 40 working on Homeworld Mobile, in collaboration with Gearbox Publishing.