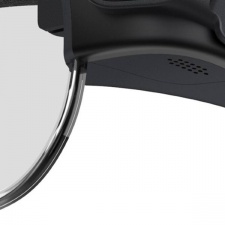 Pokemon Go developer Niantic is getting into the hardware game.

As revealed by CEO John Hanke on Twitter, the new hardware appears to be a pair of glasses.

"Exciting to see the progress we're making to enable new kinds of devices that leverage our platform," said Hanke.

From the image, it is clear to see that the device includes speakers.

As such, Niantic could be looking to enhance its games through the use of audio rather than the more expensive and complex AR technology,

This tech's development has been a long time coming, given the Pokemon Go creator formed a partnership with Qualcomm in 2019 to develop AR gaming technology.

Niantic was also a solid supporter of Google's Glass technology back when it was fully owned by the search engine giant.

Exciting to see the progress we’re making to enable new kinds of devices that leverage our platform... pic.twitter.com/yYglk4q89G

Niantic has certainly been busy, as not only has it been working on its new hardware, but it has also been developing games through an agreement with Nintendo.

The first Nintendo character to get the AR and location-based treatment is Pikmin, with the new mobile title being designed to encourage people to go outside and exercise.