Android accounted for 3.9 million or 66% of total 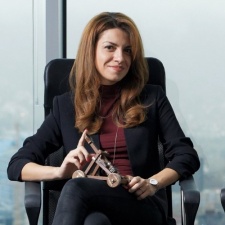 The new figure was confirmed by Imperia Online JSC chief business development officer Mariela Tzvetanova during her talk at PGC Digital #6 on 'Imperia’s Story of Becoming Part of Stillfront and Creating a Hub for Asset Acquisitions'.

Launched in 2005 on PC, Imperia Online arrived on iOS and Android in 2014 before making its way to Windows Phone in 2015.

The installs were split heavily towards Android at 3.9 million, or 66.4 per cent of the overall number.

As a result of the game's success, the company grew by 498 per cent in revenue through 2014 and followed this up with a 592 per cent growth in 2015. This all factored into the company being acquired by Stillfront in 2018.

"Stillfront looks for a stable and well-managed studio that is profitable and has proven experience," said Tzvetanova.

Aside from this, the Swedish firm looks for games with loyal players, a strong management team, as well as what would fit well culturally as a subsidiary.

Tzvetanova added that: "Becoming part of this larger group, of course, gave us better contacts from a higher level and was also a great culture fit" when weighing up the pros and cons of the sale.

Being able to establish better relationships with the platform holders and not having to change the terms every time the firm worked with a new publisher were also benefits highlighted.

Imperia Online recently spoke about the company's hunt to acquire more game assets as it continues to expand in the industry.

Stillfront acquires Imperia Online in deal worth up to $32 million