Will have $115 million in cash to flash 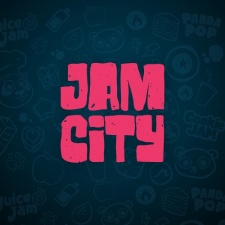 Jam City has confirmed it will become a publicly floated company on the New York Stock Exchange via a merger with DPCM Capital, a SPAC.

The combined company will operate as Jam City Holdings and be listed under the ticker symbol 'JAM'.

As part of the process, Jam City will use the cash unlocked in the deal to acquire Canadian mobile publisher Ludia for $175 million.

The result will create a company with an enterprise value of $1.2 billion and around $115 million of cash for future M&A.

“We have built and are scaling one of the world’s leading mobile entertainment platforms by bringing art together with a powerful technology platform that leverages data to drive user acquisition and live game operations,” said Jam City CEO and chairman Chris DeWolfe.

“We expect going public will provide us with a source of capital to accelerate our growth and advance our strategic priorities, while acquiring and teaming up with Ludia adds compelling new intellectual property and gaming genres to our catalog.”

Existing Jam City stockholders are expected to own 65 per cent of the outstanding shares of Class A common stock at close.

Strategic investor Netmarble will also own a significant portion of the combined company.

The move draws the line under a long process for Jam City, which has been planning its IPO since 2016.