New studio is based in Santa Monica, California 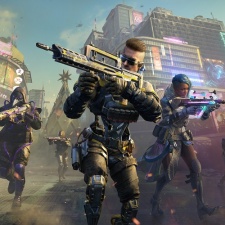 Activision looks to be building a new in-house studio that is dedicated to developing new triple-A mobile games.

As spotted via numerous job listings on its careers hub, the Santa Monica-based studio will first turn its attention towards the Call of Duty franchise, creating a new entry for the platform. This potentially could be a mobile version of Call of Duty: Warzone, a free-to-play battle royale game that launched in March 2020 on console and PC.

A number of the mobile-specific roles listed include a senior producer, engineering manager, senior designer of social features, senior gameplay designer, producer and UI manager, among others.

This decision would be very much in line with comments made by COO Danial Alegre that the company will look to bring more franchises to mobile in future.

It's also not the first time that Activision has looked at cracking the mobile market with its own studio. A team was established in Leeds called The Blast Furnace in 2012 and went on to release Call of Duty: Strike Team, before subsequently closing after less than two years.

"Our first project is a new triple-A mobile title in the Call of Duty franchise and we’re looking for great talent from mobile, console and PC backgrounds passionate about their work, who share our belief in what triple-A experiences on mobile can and should be.

"We’re incredibly excited to build out our teams and get to work, and invite you to join us in making something special."

A Call of Duty: Mobile game was originally rolled out in October 2019, however, development was undertaken by Tencent's TiMi Studios with Activision acting as publisher.

The first-person shooter also reached 500 million downloads in May and has exceeded more than $1 billion in revenue, so it's easy to see why Activision is looking at making another game.