Eastern European mobile studios all get a financial boost 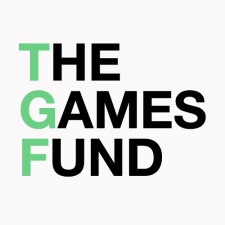 The Games Fund has invested in four early-stage game studios based in Eastern Europe.

As reported by VentureBeat, the Californian venture capitalist firm aims is to bridge the gap between international companies and local developers, helping the latter to break into the worldwide market. This follows The Games Fund's early-stage investment funding in April, where it raised $50 million.

Casual mobile games studio Vandrouka Games has received $1 million. Located in Minsk, Belarus, the developer has 10 employees and was founded by Vadim and Vladimir Komov. Both possess over 10 years of experience in the casual genre.

Match-three developer Purple Games has also raised $1 million with $450,000 of that figure originating from The Games Fund. Similarly based in Minsk, the studio has 25 people and looks to shake up the match-three genre with its newly soft-launched title, Greenvale. 25 people currently work at Purple Games, with Denis Zhuravlev being the founder.

Real-time strategy mobile studio Hypemasters was another to receive $450,000 from The Games Fund. It has now raised $1 million in total which will go towards World War Commander, its first game set in World War II. Founded by Sergey Petrov and Boris Kalmykov, Hypemasters is made up of 25 people, with offices in London and St. Petersburg,

The Games Fund co-founder Ilya Eremeev confirmed that six more investments should be announced before 2021 comes to a close, with the team reviewing around 300 pitches so far. Blockchain and NFTs were also under consideration, however are not part of the company's main focus.

Speaking of which, there has been a lot of NFT news in the mobile games space as of late, such as Gameloft launching its first NFTs within Asphalt 9.

Find out what you missed at the biggest show in Pocket Gamer Connects history!

Level up your game-making skills and tools at Pocket Gamer Connects London next week!