"The benefit of influencer marketing is that you get that instant rapport..." 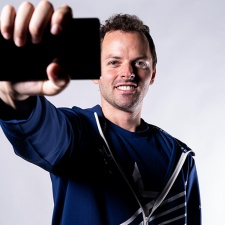 Inauthenticity is one of the most common mistakes of influencer marketing, according to Aftershock Media Group director of business development Matt Rutledge.

The comments were made during PGC Digital #7 where Rutledge outlined his experience working with creators in the mobile games industry. Inauthenticity was seen as the biggest culprit as real enthusiasm about a product or service cannot be faked.

Not over scripting was another, as giving the creator the freedom they need to deliver a message in their own unique way will give it the best chance of success. Being aware of audience variance, designing for KPIs and not stopping after the campaign has ended were further noted, with the latter looking to keep the relationship between a company and influencer as strong as possible.

Founded in 2019 by a number of content creators, AMG works with 60 of the largest mobile game influencers in the world. The company also produced campaigns for the Call of Duty: Mobile one-year anniversary, as well as the PUBG Mobile Godzilla vs. Kong event.

"The benefit of influencer marketing is that you get that instant rapport from that trusted expert and you immediately gain access to their existing audience as well," Rutledge told viewers.

"End-roll advertisements I think are very underrated on channels where there is great retention, he added, when referring to an advance tip that many marketers don't seem to be utilising on YouTube.

"That's not true for all channels but if you are working with some of the best creators out there… In-roll advertisements can be a lot cheaper than pre-roll or mid-roll, and if that creator is still retaining half of their audience, you can get some great value there."

A number of "hidden benefits" were further shared, including jumpstarting a content engine, evergreen content and shared costs with special events to help make the most of your budget.

We previously spoke with Clash Royale influencer and Aftershock media COO Tim Evans on the ever-changing mobile esports scene and dealing with influencers.

How to step up your mobile game advertising with influencer marketing