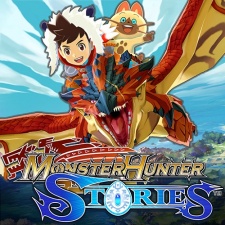 Apple Arcade launched on September 19th, 2019, debuting 72 titles including Oceanhorn 2, Sonic Racing, Sayonara Wild Hearts and Grindstone. Since its premiere a further 150 titles have been added to the service, equalling 202 available games at the time of writing.

The titles that pushed the total past the 200 games milestone were Monster Hunter Stories, Super Leap Day and Super Stickman Golf 3, all added today (August 6th, 2021).

Games are most often added on a Friday, however, Apple is not particularly consistent with adding new titles to the service. On April 2nd 2021, 32 games were added to Apple Arcade followed by two months of silence before uploading once more.

Apple has collaborated with many big names to bring games to the service, such as Square Enix, Sega, Capcom, Ubisoft and Sumo Digital.

Many games that were previously on the App Store are added and feature a plus sign (+) succeeding the name, such as "Subway Surfers+". This sign means players have access to all of the game's features without any advertisements or in-app purchases.

Several titles are developed for and launched exclusively on Apple Arcade, with some making their way to other platforms, such as the Nintendo Switch or PC.

Apple Arcade costs $4.99 (£4.99) a month for an individual membership, a price that has remained fixed since its inception. Apple Arcade is also featured in Apple’s subscription service Apple One alongside five other apps and features.

Head on over to our Apple Arcade feature to check out all 202 games available now.

Apple recently reported record revenues of $81.43 billion for the previous three-month period, up 36 per cent year-on-year.

Although, not everybody is impressed with the iPhone maker, with Tesla CEO Elon Musk speaking out in favour of Epic Games regarding the ongoing legal battle between the latter and Apple.