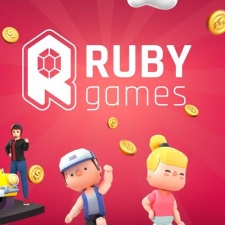 Angry Birds developer Rovio has entered into an agreement to purchase 100 per cent of the shares in hypercasual studio Ruby Games.

As part of the agreement, Rovio will first acquire 20 per cent of Ruby's share for $10 million in cash. This is expected to close by the end of Q3 or sometime in Q4 this year.

Rovio will then acquire the next 50 per cent of outstanding shares in October 2022 depending on the studio's financial performance, as measured by revenue and EBITDA across the 12 months prior to October 2022. This second payment will be made through 60 per cent cash and 40 per cent via shares in Rovio, although it will not exceed a value of $80 million.

The remaining 30 per cent of shares will be picked up in five equal tranches over the next five years, with a minimum of 50 per cent in cash at a valuation based on Ruby’s financial performance for each period. It will not, however, exceed the total EBITDA generated during this five-year time span.

Founded in 2018 and based in İzmir, Turkey, Ruby Games biggest release to date has been Hunter Assassin, a top-down hypercasual title where players control an assassin and hunt down targets one by one. According to the announcement, it was the sixth most download game globally in 2020, surpassing more than 100 million installs.

‘’With the acquisition of hypercasual game studio Ruby Games, we are taking an important step forward in our growth strategy," said Rovio CEO Alex Pelletier-Normand

"By entering the rapidly growing hypercasual market we are enriching our audience base, and offering our players a more diverse portfolio of titles. Ruby Games has launched several successful games and their hit-ratio is impressive. Expanding Rovio’s family with the talented and highly-agile developers of Ruby Games is exciting! Welcome to the flock!"

Ruby Games CEO Mert Can Kurum added: "This acquisition opens up a new chapter for us, and Rovio’s long history and expertise in free-to-play games will help us to reach higher levels. We look forward to working together with Rovio’s other studios and also sharing our knowledge and expertise.

The studio launched four games in 2020 and three more in 2021 so far, with a sequel to Hunter Assassin expected to roll out before the end of the year, or near the start of 2022. The sequel is said to include a deeper meta-game and in-app purchases that builds towards higher long-term retention.

A big move for Rovio, a company the not often makes acquisitions. Prior to this, the Finnish developer revealed that it is looking to bring back a number of classic Angry Birds games, including the original release.