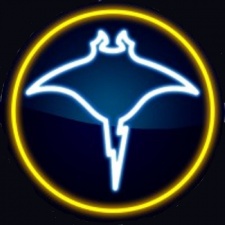 The partnership will see the testing of a series of "hybridcasual" games that strive to have the accessibility of hypercasual games coupled with features typically found in casual or midcore titles. In doing this, the companies aim to extend the engagement and lifetime value of hypercasual games by creating several hybrid casual titles in the future.

Formed in 2020 by former PopCap staff, Electric Manta only recently came out of "stealth mode" and publicly revealed the formation of the studio. The studio was created to focus on the development of free-to-play mobile titles and the partnership with Voodoo reflects that greatly.

"We are thrilled to get the opportunity to combine the experience of Voodoo with that of Electric Manta to create some innovative, deeply engaging hybrid casual games," said Electric Manta founder and CEO Mark Cochrane.

Voodoo publishing manager Corentin Selz added: "Electric Manta’s leadership team have a wealth of experience in Casual and Hyper Casual games and we are excited as to what this partnership can create."

This is the second partnership for Voodoo this week, after revealing a partnership with newly formed Singapore-based Storms Studio that will focus on creating social instant-play and hypercasual mobile games.