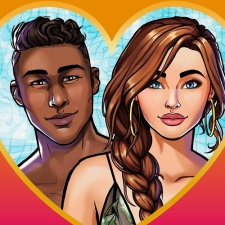 Update: Fusebox Games has stated that content concerns were addressed and although the content in question appeared in a soft launch version of the game, it will no longer appear in future updates.

"We took the hard decision recently to re-evaluate how we build our games," a spokesperson for Fusebox Games told PocketGamer.biz.

"We felt that using external partners for development, alongside our core internal expertise for concept creation, product management, marketing, and business intelligence, was the most scalable model for the future. This was of course a tough decision, as we understand the impact on team members affected. We wholeheartedly thank them for their hard work and support during their time with us."

Fusebox added: "We’re very proud of the culture we have built inside our business. We have always encouraged an inclusive and collaborative approach to the creation of our games, that focuses on the player rather than individual perspectives or preferences. It’s this focus, balanced by data, that has led to our successes and is the cornerstone of our growth.

"Season four of Love Island: The Game is currently in development to ensure it meets the high standards of the previous seasons. The release date of season was not tied to the airing of the TV show and we anticipate releasing the new season towards the end of the year."

Original story: The developer of Love Island: The Game, Fusebox Games, has been accused of sexism and the fetishisation of bisexuality by staff.

As reported by The Independent, Love Island's upcoming season has been delayed due to staff concerns regarding the company’s handling of their complaints about in-game content.

Love Island: The Game follows the ITV reality dating show, releasing new content to run to match with the most recent season. Players make decisions between pre-determined responses in a choose-your-own-adventure style storyline, similar to the TV show. The newest season was expected to become available at the end of July but has since been delayed.

Fusebox employees raised concerns over a storyline in Matchmakers: Puzzles and Stories, another Fusebox title with a story written by a third-party company. The narrative focuses on a divorced female character that meets a younger male that is described as being "handsome" but "maybe too young".

The player pretends to identify as bisexual in order to appear more interesting. Additionally, the young male character takes the female’s drink and refuses to return it unless the female kisses him - there is no option available that avoids the kiss.

This in-game interaction led many Fusebox employees to feel distressed, many of whom identify with the wider LGBT+ community. After complaints were made to upper management, the workers were informed that the interaction had been removed from the game, however, the storyline still appears in the international version of the game.

An open letter dated May 24th was signed by 31 Fusebox employees warning of "problematic content" within Matchmaker. Three weeks after the open letter, staff were informed that their jobs were at risk due to poor financial performance, which was followed by several redundancies in July with the company citing a need for restructuring.

"This is what upsets me and just made me cry. I feel so used and hurt. I feel like I put so much love and effort into something and I’m not getting the bare minimum of respect as a worker [that] I should deserve," said a Fusebox employee (via The Independent).

PocketGamer.biz has reached out for a comment from Fusebox.

There's been a number of allegations in the games industry coming to light in recent months. Namely, a two-year investigation into Activision Blizzard that alleges workplace sexual harassment and bullying.

This then resulted in a second lawsuit against Activision Blizzard from investors about the company’s intentional failure to disclose these ongoing issues.