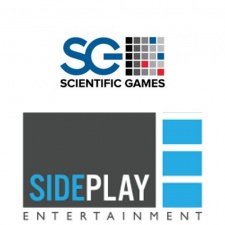 The acquisition is expected to increase Scientific Games’ share in the global digital lottery markets and expand the reach of Sideplay’s content to iLottery programmes.

Following regulatory approval, Scientific Games will integrate all of Sideplay’s content into its portfolio of iLottery games.

Sideplay Entertainment was founded in 2003 and has since released over 270 instant win games that have been played over 100 million times, such as Sherluck Holmes, Mouse Trap and Bubble Burst Bingo. Sideplay is also the primary supplier of digital eInstant games to the UK National Lottery.

Creating the future of iLottery

"Sideplay's highly experienced digital game developers have a proven track record of delivering exceptional iLottery content to market quickly. We have already integrated Sideplay's digital games into our iLottery platforms and combining their unique approach to game development for Scientific Games' more than 20 iLottery customers worldwide will accelerate our iLottery offerings for our customers and their players."

Sideplay founder and director Steve Hickson added: "All of us at Sideplay are thrilled to be joining forces with Scientific Games Lottery Group, one of the world's leading lottery suppliers."

"Our goal has always been to be the best at what we do, and this transaction shows that we have in fact achieved that level of success. We are excited to leverage Scientific Games' global lottery footprint and create the future of iLottery together."