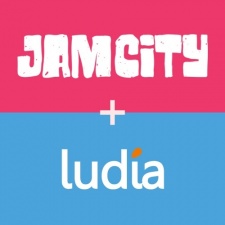 Based in Montreal, Ludia maintains a strong portfolio of titles including the augmented reality game Jurrasic World Alive, which has generated over $100 million in the three years since launch.

News that Jam City planned to acquire Ludia surfaced earlier this year for an estimated offer of $175 million, before a SPAC merger to go public on the New York Stock Exchange.

Jam City later revealed that it had cancelled plans to go public, but still planned to acquire Ludia.

In order to fund the acquisition, Jam City has raised $350 million in equity and debt financing through a funding round.

The financing round included Netmarble, Kabam, and affiliates of funds managed by Fortress Investment Group, and is the company’s largest funding round to date.

"The latest round of funding solidifies our strategy of acquiring great companies across the globe and heavily investing in our current studios to build enduring entertainment experiences that rival blockbuster Hollywood hits."

Ludia co-founder and CEO Alex Thabet added: "With a growing portfolio of evergreen titles and the company’s most ambitious slate of upcoming games in the company’s history, it was time for Ludia to find the right strategic partner. Jam City is the perfect home to achieve the full growth potential ahead of us."