Six industry pros get together to talk best practices 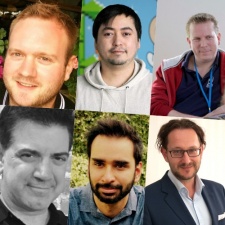 Conflict is a natural part of any relationship, including the one between a developer and publisher of a mobile game.

Six industry publishing pros joined us at PGC Digital #8 to discuss how to approach conflict between developers and publishers and the best practices to deal with conflict early on.

The panel was led by Curve Digital vice president of publishing Bobby Wertheim who began the talk by asking what are the most common conflicts that arise between developers and publishers.

Square Enix director of mobile publishing Ed Perkins said that culture clash is a frequent cause for conflict throughout the development process.

He explained that as projects continue, developers and publishers often are no longer speaking the same language at all.

Miniclip business development manager Zaair Hussain expands on this point, saying that 95 per cent of conflicts occur when expectations are not correctly managed and either party is angry and frustrated at the other.

Paladin Studios CEO Kay Gruenwoldt says that both parties have the responsibility to match these expectations and it is not a "one-way street". He suggests that by being clear and transparent from the start, both parties can reduce the intensity of these conflicts and come to a greater understanding in the future.

Next, Wertheim asked the panel what they believe is the smartest way to deal with conflicts early on and lesson potential conflicts further down the line.

Robot Cache executive vice president of business development Philippe Erwin said that what matters most is experience. Erwin acknowledges that for a lot of studios starting out they will not have experience and he suggests to "lawyer up".

Erwin says that lawyers can make up for a lack of experience as they know how deals work and the terminology etc.

Erwin also says that it falls on the publisher to educate development teams to understand what they are committing to in order to avoid future conflicts.

Gruenwoldt agreed with Erwin and added that understanding the terminology used is key as every word we use can have many different meanings and small differences can turn into a problem. He suggests that parties agree on definitions together, for example, do both parties agree on what an alpha stage is, if not, come to a mutual agreement before proceeding.

Gruenwoldt expands that to avoid future pitfalls communication channels must be kept open at all times. He suggests that checking to see if your counterpart is happy with the work before milestones is a good way of maintaining positive relations, which is especially important if you wish to work with them again in the future.

Although contact between parties is essential, Thunderful Games head of publishing Dieter Scholler recommends to "limit down contact".

Scholler says if communication is not correctly managed it can spread incorrectly and can cause chaos and friction. For example, if there is communication needed between marketing parties, then limit the communication to knowledgeable parties to avoid confusion elsewhere.

Wertheim then asked the panel what are the core best practices that can be used to avoid these scenarios altogether.

Erwin said that in the past when he had face-to-face conversations with developers everything would appear great, however, afterwards, he would receive an email listing multiple issues.

He said that after realising his standard method of contact was not working he communicated in a way the developer was comfortable with. Erwin said that this vastly increased the efficiency of the processes and that the unsung hero is to understand who you are talking to.

He suggests meeting with people to gauge what they are like and to let them gauge you as well as someone else may be a better fit for them and provide a more efficient experience. He also advises that letting the developers know what they will have a say in, what they have approval on, and what they will not is an efficient way to avoid issues in the future.

Perkins added that conflict will always happen, so get used to it. However, he agreed with Erwin that establishing comfortable communication is essential.

Perkins said that often developers with less experience want to be a part of additional aspects of publishing. He said that by using a responsibility assignment matrix (RACI) you can lay out where they can add input to encourage them to grow but also not take all of their suggestions across the board.

Hussain believes that the most important time for communication is before contracts are signed. Effective communication from the start is key as "conflicts with people who respect you are a lot easy to work through".

Hussain adds that a lot of people don’t like saying no, so his approach is to ask developers "what if this doesn’t work for you?" to get a greater understanding of their position. Finally, he urges to give people space to talk and listen so they feel comfortable raising issues and communicating in the future.

In an earlier talk at PGC Digital #8, Ed Perkins discussed what to expect from a publishing deal and the do’s and don’ts when securing a publisher.