PGC Digital: The Roblox approach to designing in the metaverse

"We incorporate the player and their uniqueness into the composition" 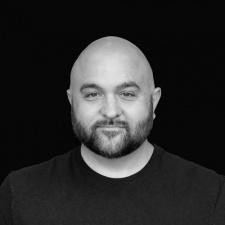 Morgan Tucker Head of Product for the Social Group ROBLOX

Morgan is a product design leader, musician and producer who has dedicated his life to the creation of experiences that people love. He believes strongly that function leads form and in the resultant beauty of simplicity. This philosophy drives both his personal and professional approach.

At Roblox, Morgan heads up the design organization, as well as the company’s avatar experience and social products, where he brings cross-functional teams together through a vision for the future of collaborative, expressive, spatial experiences. He has championed, created and realized Roblox’s design system and led an extensive product branding strategy.

Music and performance have always been a part of Morgan’s life, and that style and showmanship inspires the work he does today. Outside of work, he fronts bands, produces music and promotes live concerts. He founded 8bitSF, a production company focused on independent musicians, visual artists and game designers, and monobomb records, an artist collective and record label. Morgan lives in San Francisco with his daughter Phoebe and his dog Butters.

Tucker explained that many people hear about Roblox through children but in reality, the audience is much broader than that, with 50 per cent of players over 13.

He said that Roblox is "more than just a gaming platform" and there is something bigger to focus on and refers to it as a "human co-experience platform".

Tucker then showed footage of the recent Twenty One Pilots Roblox concert. He described that when creating the experience the player is at the centre and "the focal point" of the experiences.

"We incorporate the player and their uniqueness into the composition, for example, people were able to choose the order in which they experience things," said Tucker.

"If we just replicate reality then it’s passive but we have an opportunity to allow players to have a sense of agency and effect the outcome of what is happened, making each experience bespoke," said Tucker.

When defining what the metaverse is, Tucker said that the Roblox definition may differ from others. He said that Roblox isn’t trying to be a metaverse or build a metaverse as that is bigger than any one company.

Instead, he said that Roblox is a metaverse platform that wants to get as many people as possible creating "unique and inherently social experiences".

These experiences are able to be persistent and grow, in what Tucker called an "interconnected universe of worlds". Tucker said that the key is to give a real sense of agency and autonomy to the audience.

Tucker believes that creating a "facsimile of reality" is not interesting and that is one of the key principles of design followed at Roblox.

Tucker noted that there is a complexity in creating an authentic experience. He said that one of the hardest things is to think about giving people the tools as opposed to building the whole thing and providing a railed experience.

Tucker said that creating the experience for players to fill in the spaces themselves was both a challenging and rewarding development process.

An interconnected universe of worlds

In a metaverse, experiences can be shaped and moulded without limitations and Tucker said to give emotion an impact as if the rules of reality aren’t in play. He said that emotion is the biggest component as they want people to feel connected and that is the bedrock principle of the design process.

Looking forward, Tucker said that something Roblox is already testing is the use of spatial voice. With the player’s avatar as the source of the audio, it can be attenuated to simulate the feeling of distance and closeness to other players.

Tucker said that the next big metaverse milestone is to capture the spirit and life of the users, such as gestures and facial expressions as these are cues to human understanding.

Spatial voice will provide a sense of this but we are still a long way from really replicated human interconnectedness through the metaverse.

Roblox's Morgan Tucker on designing for the Metaverse