Will invest in stronger marketing and UA 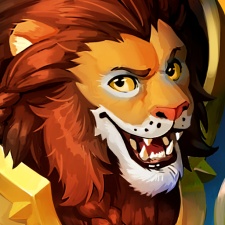 The Lyon-based dev is best known for the strategy war MMO Million Lords, which has been downloaded over 500,000 times.

The studio has reported high-level engagement from its spending players, who on average spend around 90 minutes a day in the game.

Million Victories will use the funding to invest in stronger marketing and user acquisition strategies, as well as scaling its team and expand its portfolio.

"We appreciate Griffin Gaming Partners’ approach and their support during this round," said Million Victories co-founder and CEO Benoît Ducrest.

"It’s uncommon for an American venture capital fund to support a French company in our sector. It’s with great ambition that we start the next phase of our development, in France as well as in the US."

Griffin Gaming Partners partner Pierre Planche added: "We are thrilled to partner closely with Million Victories; Benoît and the team understand what it takes to make a great mobile game and especially in the 4X strategy category. They have quickly proved industry leading metrics with Million Lords, and their roadmap ahead will provide additional exciting experiences for their current title and beyond."

Griffin Gaming Partners was recently part of Forte's $725 Series B funding round.