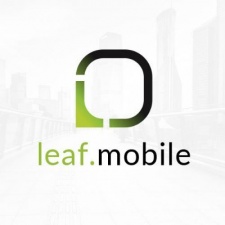 The studio reported it generated $15 million in revenue for the period, an increase of 3.8 per cent year-over-year

The firm’s revenue for the nine months to date reached approximately $51.1 million, a rise of $32.1 per cent.

Adjusted EBITDA reached $6.3 million for the nine month period, an increase of 16.5 per cent compared with the same period the year prior.

"We saw steady results for our third quarter, which is historically our slowest quarter and the slowest for the mobile game industry as a whole," said Leaf Mobile CEO Darcy Taylor.

"In response to this transitory period, we maintained our reduced marketing investments in our games to more measured levels until the final month of Q3, as we started to increase user acquisition investments when we started to see positive signs of ecosystem adaptation working their way through the industry, while continuing to focus resources on our ramping pipeline of Q4 game launches."

As of November 11th, the title was ranked the number one role playing or simulation game on the App Store in 44 countries.

In September, Leaf announced the development of The Office: Somehow We Manage, a role-playing game based on the American version of workplace sitcom, The Office.