Featuring a blend of farming a puzzle elements 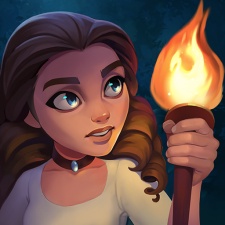 Previously available under the working title Puzzle Island, Island Questaway has been developed by the team that worked on Nexters’ original casual title, Island Experiment.

Island Questaway features a blend of two genres, farming and puzzle, alongside an engaging storyline to provide a "fresh and unique" gameplay experience.

Island Questaway is the second casual title Nexters has launched during the second half of 2021, following the release of Chibi Island on July 27th.

"Island Questaway is a new, important expansion of Nexters’ portfolio, as it allows us to diversify beyond our strong midcore portfolio into casual gaming," said Nexters COO Anton Reinhold.

"Our mission is to enable casual gamers to experience the same level of gameplay and narrative that core players enjoy and Island Questaway represents a new, growing style of gameplay that offers the deep mechanics expected in midcore with the accessibility of a casual title."

Nexters forecasts that Island Questaway and Chibi Island will expand its casual games audience as both titles appeal to its unique player base.

Recently, Nexters reported its revenue for Q3 2021 had risen 77 per cent, reaching $115 million, with its mobile games portfolio accounting for 70 per cent of overall income.