Soft launched in Oceania earlier this month with pre-season 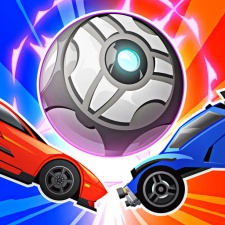 Rocket League Sideswipe has been published by Epic Games, who acquired Psyonix in 2019.

In Sideswipe, players compete on a 2D pitch in either one versus one or two versus two matches in private or competitive online matches lasting two minutes each. To play online matches, players will need to log in using an Epic Games account.

Sideswipe first soft launched in Oceania on November 15th with a pre-season ahead of the launch of season one at an unconfirmed later date.

A league of its own

Bonus wins can also be earned by playing Rocket League and will provide additional experience points in Sideswipe.

Epic Games has partnered with electronic music label Monstercat to provide the music for Sideswipe and features singles from the chiptune pop/rock band Anamanaguchi.

Rocket League Sideswipe is available free-to-play on the App Store and Google Play.