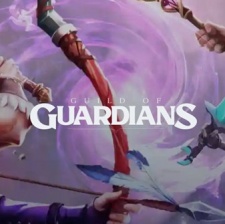 Immutable has revealed the complete sellout of two tranches of its GOG tokens on CoinList, generating $5.3 million.

The final registration count was oversubscribed by 82 times and reached 808,000, with more than 10,700 new token holders joining the Guild of Guardians ecosystem.

The second wave raised a total of $5 million and the third reached $4 million in under two hours. In total, the game has raised $18.8 million.

"We are on a journey to disrupt the gaming industry and to build the future of play-and-earn: A world where gamers can play a game they enjoy, while simultaneously earning and trading as part of a massive, open-world economy," commented Guild of Guardians game lead Derek Lau.

"The response to our Coinlist and NFT sales have been phenomenal and goes to further prove this is something that is desired by the market as well."

In September, Immutable raised $60 million for its NFT platform Immutable X following a Series B fudning round led by BitKraft Ventures.