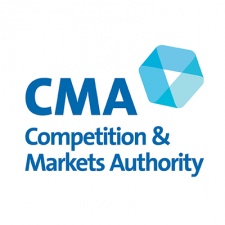 The UK’s Competition and Markets Authority (CMA) has released a market report into mobile ecosystems that suggests consumers are directly impacted by Apple and Google’s marketplace dominance.

Earlier this year, the CMA launched a probe into the control that Apple and Google maintain over app marketplaces, operating systems, and web browsers, which constitute each firm’s respective mobile ecosystem.

The regulator has "provisionally found" that Apple and Google have been able to "leverage their market power" to create largely self-contained ecosystems, which directly affects other firms to enter into and compete in the marketplace.

The report details that over half of all smartphones in the UK were Apple iPhones and the remaining were all using the Android operating system.

Furthermore, over 95 per cent of all native downloads in the UK were from the App Store or Google Play.

"Apple and Google have developed a vice-like grip over how we use mobile phones and we’re concerned that it’s causing millions of people across the UK to lose out," said Competition and Markets Authority chief executive Andrea Coscelli.

"Most people know that Apple and Google are the main players when it comes to choosing a phone. But it can be easy to forget that they set all the rules too – from determining which apps are available on their app stores, to making it difficult for us to switch to alternative browsers on our phones. This control can limit innovation and choice, and lead to higher prices -– none of which is good news for users."

The CMA has stated that it will consult on its findings and "welcomes responses" from the tech giants by 17:00 GMT on 7 February 2022.

Currently, the regulator has suggested several actions that can be taken to address the issues it has identified, including enabling all apps to give users a choice of how they pay for in-app purchases and making it easier to install apps from through methods outside of the App Store or Google Play.

Commenting on the market study, UK Tech and Digital Economy Minister Chris Philp added: "We want the UK to remain a place where all tech firms can thrive and this study underlines the importance of ensuring mobile app stores are fair and competitive."

"Our new pro-competition regime will level the playing field between tech giants and smaller businesses and prevent abuses that could curtail growth and innovation."

The competition regulator has confirmed that it will continue with the second half of its study and expects to issue the final report in June 2022.

The full interim report can be read here.