Firm puts mobile at the forefront of the acquisition 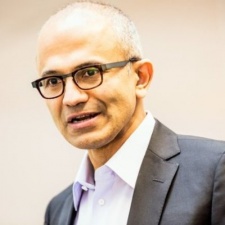 The games industry was already shaken earlier this year with Take-Two’s $12.7 billion acquisition of Zynga, a figure that now pales in comparison with Microsoft’s $68.7 billion purchase of Activision Blizzard.

In a call to investors, Microsoft stated that a principal purpose of the acquisition is to reach new audiences as the firm expands into new geographic markets in "mobile-first" communities.

Both parties reiterated the importance of reaching users across all platforms, with a heavy emphasis placed on mobile, as well as reference to the success of Activision Blizzard’s mobile operations, especially King.

Microsoft seemingly hopes that by bringing huge Activision Blizzard franchises to mobile devices via Game Pass, such as Overwatch, it will vastly expand the firm’s worldwide user base, especially in developing economies.

"We are investing to create a thriving gaming ecosystem, one where world class content can more easily reach every gamer across every platform," said Microsoft CEO Satya Nadella.

"Through the cloud, we are extending the xbox ecosystem and community to millions of new people, including in global markets where traditional PC and console gaming has long been a challenge.

"When we look ahead and consider new possibilities, like offering Overwatch or Diablo via streaming to anyone with a phone as part of Game Pass, you start to understand how exciting this acquisition will be."

Microsoft Gaming CEO Phil Spencer added: "Mobile is the biggest category and an area where we have not had a major presence before and this transaction adds one of the most successful mobile publishers to Microsoft gaming, and I’m personally looking forward to learning from the innovative teams at King."

Microsoft suffered a recent knockback in negotiations with Apple to bring Game Pass titles to the App Store. Despite the availability of a Game Pass beta to iOS users via browser, this still prevents the company access to the majority of iOS users.

The acquisition of Activision Blizzard will provide the company with a key foothold in the mobile games market to leverage the considerable experience of industry leader King.

Additionally, Microsoft’s standpoint on the metaverse supposedly doubled down on its approach to increasing accessibility into its ecosystem across all devices, as Nadella later outlined the firm’s stance on the industry buzzword: "In gaming, we see the metaverse as a collection of communities and individual identities anchored in strong content franchises, accessible on every device. Bringing fantastic entertainment together with new technologies, communities, and business models is exactly what this transaction is about."