Reached number one in US and UK for December 2021 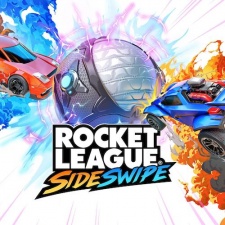 Rocket League Sideswipe from Psyonix generated over 20 million downloads within 40 days since it launched on November 29 2021.

At the time of writing, Sideswipe is free to download and yet to have any in-app purchases or advertisements.

The decision to not monetise the game from launch may bring more players into the wider Rocket League ecosystem, including through crossover events that reward players that link their accounts between platforms.

For example, during an in-game event in Rocket League which started on December 16, Sideswipe was downloaded 2.8 million times on the Play Store, an increase of 13 per cent over the previous week. Android downloads peaked on December 19, driven by India, Brazil, Mexico, Indonesia, and the US.

Although the game is free, Sideswipe still includes loot boxes with in-game cosmetics and a season pass that rewards players for continued engagement. Going forward, there is a possibility that Sideswipe publisher Epic Games will opt to monetise these features to match the current monetisation strategy of its PC/console counterpart.

We recently spoke with members of the team behind the development of Sideswipe and how they believed that the mobile exclusive title would appeal to both casual and non-Rocket League players.