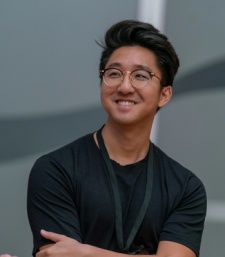 Dating app 'for gamers' Kippo is looking to develop its own metaverse with the ability to get to know new people both platonically and romantically.

In an interview with GamesBeat, Kippo confirmed that in Kippo 2.0 users will see new features like a revamped UI and the ability to build and customise a virtual home. Avatars are also customisable, and cosmetics are available as in-app purchases.

The dating aspect will remain, as around 70 per cent of users are on the platform for romantic purposes. But the percentage using the app to meet new people platonically is high for a dating app, at 30 per cent, so Kippo has suggested that it wants to create a user experience that interests both types of user.

"Every year, we want to 10X Kippo, and we said this before all the metaverse stuff started floating around the internet," Kippo CEO David Park told GamesBeat.

"One day, I expect Kippo to be like an immersive world like a MMORPG (massively multiplayer online role-playing game), where you have your avatar interacting with people through your avatars.

"This is an environment that gamers understand. They don’t call it the metaverse. It is called video games. It was an idea we had for a long time and we started building it early this year."

Kippo can allow users to date and play games together without the pressure of the in-person first date, and Park suggests that this is more fun than dating via traditional apps.

"We’re creating a virtual existence for a user so that they can interact more organically and share experiences as they create these worlds," he said.

Currently, Kippo has 180,000 monthly active users and its matchmaking algorithm is expected to be upgraded in Kippo 2.0. Whilst the updated version will be available on both the App Store and Google Play Store, Kippo has tweeted that it is specifically ‘looking for people on iOS’ to test the new version.

In other metaverse news, Loop Games recently revealed that it is allocating $100 million towards advertising and investing in its Pethereum.io metaverse, which is currently under development.

Exploring live ops in the metaverse