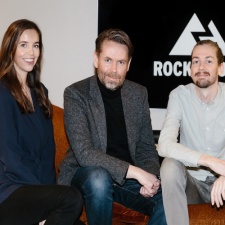 Fridriksson will operate as CEO of Rocky Road, with co-founders Halldorsdottir and Davidsson as COO and chief design officer respectively.

The round was led by Crowberry Capital and Sisu Game Ventures, with Rocky Road planning on using the investment to double the Iceland-based team as well as establish a new studio in Ukraine.

Rocky Road's Kyiv-based studio will have a particular focus on the hiring of software engineers and 3D game artists. The company's upcoming game will look to be the first casual open world game built on real map data.

"I have always been a fan of huge game worlds where players can interact with one another,
meet new people and create long lasting relationships," says Rocky Road co-founder and CEO Thor Fridriksson.

"The problem with the overwhelming majority of current open world games is that they are incredibly complicated and have a very steep learning curve which prevents the majority of gamers from getting into the game.

"We are building Rocky Road on the premise that normal people are excited to play and socialise in a massive game world and we are focused on delivering that experience in an accessible way."

Crowberry Capital partner Jenny Ruth added: "Like all the best games studios, the Rocky Road founders have extraordinary pedigree in mobile games, with extensive experience in scaling up gaming platforms with over 100 million users. We love to back diverse teams with wide backgrounds that have deep sector experience. The Rocky Road team fits that profile perfectly."

Similarly, Finnish developer Social First has also raised $2.5 million that it will use to develop cross-platform, social games.