Will include live performances from Adele, Ed Sheeran, Pink Pantheress, and more 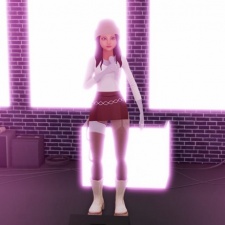 Robloxhas partnered with the Brit Awards to launch the first virtual VIP party for an awards show on the platform.

Starting today in conjunction with the real-world awards, the Roblox-excluisve VIP event will include virtual meet and greets with artists that will continue throughout the week, as well as live performances from Adele, Ed Sheeran, and more.

The virtual event has been created in collaboration with metaverse developer studio Dubit, and in the lead-up to Friday, fans will be able to participate in virtual scavenger hunts, collect hidden statuettes, and take part in virtual artist meet and greets.

Scheduled for 5pm GMT on February 11 2022 is a premiere avatar performance from UK-based musician PinkPantheress, with subsequent hourly repeats throughout the duration of the weekend. Songs by PinkPantheress will include "Just For Me" and "Pain", within a virtual setting of neon-lit London skyscrapers, the London Eye, and other landmarks.

PinkPantheress won the BBC Sound of 2022 and has had more than half a billion streams from her debut mixtape. She commented: "I’m so glad I got to do a performance for the Roblox and Brits families. As someone that loves video games and escaping into my own virtual world, I’m hoping I took everyone on an experience."

"What Dubit has built within the Roblox platform is an immersive Brits experience. It’s fantastic to have PinkPantheress, who reaches a huge Gen Z audience, perform in it."

Brits Digital Committee director of digital and co-chair Giuseppe De Cristofano has said: "The team at Dubit have done an incredible job at creating an immersive world in Roblox, and we believe this is just the start for the Brits in this space."

"Through our pioneering virtual concerts, we want to shine a spotlight on artists of all sizes — from established stadium acts to up-and-coming viral stars — and connect them to millions of new and existing fans across the globe on Roblox," added Roblox VP and global head of music Jon Vlassopulos.