Will be managed by Zynga subsidiary Rollic 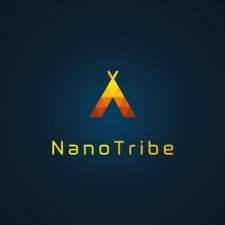 Rollic has previously published two games from NanoTribe, Cashier 3D and Arrow Fest, which have accumulated over 33 million and 47 million downloads respectively.

The acquisition of NanoTribe will further boost Rollic’s presence in the hypercasual mobile games market as well as help in reaching new audiences.

Rollic continues to grow within the hypercasual games space and surpassed over one billion downloads across its portfolio last year. Zynga attributed the continued success of Rollic to propelling its overall perfomance in the mobile games industry.

"The start-up mentality and passion of the team behind NanoTribe is a great match for our path forward at Rollic and we are excited to welcome their titles and talents to our growing family of innovative developers," said Rollic co-founder Burak Vardal.

"Our focus is on building an engaging global portfolio of games and finding great talent whose vision is in-line with our goal to create fun, accessible and engaging content for our users."

Earlier this week, Zynga released its 2021 financials, reporting record-high sales and bookings. Following Take-Two’s $12.7 billion acquisition of Zynga at the start of the year, this may be the last independent report from the firm.