Will lead the studio's "aggressive expansion" over the next few years 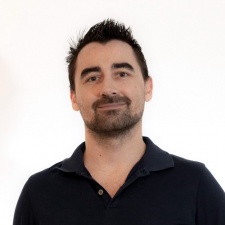 Gameloft Toronto has announced the appointment of Michael Stolls as its new studio head, moving up from technical director.

Stolls has worked for Gameloft a total of 13 years, beginning as a junior programmer at Gameloft Montreal before moving to Gameloft Toronto when it was established in 2011.

As studio head, Stolls will oversee the production and growth of Gameloft Toronto with a focus on "aggressive expansion" across the next few years.

With Stolls at the helm, Gameloft Toronto is also looking to expand its games portfolio alongside its longest running title, Disney Magic Kingdoms.

"It’s been rewarding to be at the beginning of it all and to now be able to help nurture and continue to grow Gameloft Toronto," said Stolls.

"With our aggressive plans to about double our current size by the end of the year, I am excited to be bringing in new projects for the studio, as well as new opportunities for people at all levels of experience."

Gameloft CEO Stéphane Roussel added: "At Gameloft, we value our talented and passionate individuals and want to build a community that allows us to invest in their growth and place them in the positions they want to be in. After more than 13 years at Gameloft, Mike has been and continues to be a key part of our success as a company and having him as Studio Manager feels like a natural fit."

Gameloft Toronto is looking to continue expanding its 100 strong team and currently has multiple roles available for programmers, artists, producers, and more. You can see the variety of roles available here.