Aiming to tap in to enormous mobile market 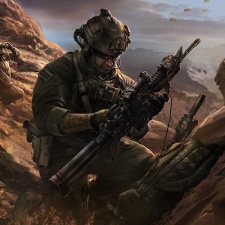 Activision is currently seeking staff for the development of a mobile version of its battle royale title, Call of Duty: Warzone.

Although Activision will publish the title, the development of the mobile version will be spearheaded by Digital Legends, which Activison Blizzard acquired last year for the then-unannounced mobile Call of Duty game.

Considering the success of Call of Duty: Mobile, which has generated $1.5 billion since its launch in October 2019, it makes sense for Activision to bring Warzone to mobile devices.

Not only that, but COD: Mobile has a far greater reach than Warzone with over 500 million downloads as of May 2021. Bringing Warzone to mobile will greatly expand the reach of the game to players that don’t have access to consoles and PCs that can run the game.

Activision Blizzard’s mobile games revenue accounted for 36 per cent of its total revenue in 2021, at $3.1 billion, highlighting the lucrativity of the platform for the firm. Bringing Warzone to mobile will undoubtedly boost this revenue further.