Will expand the firm's portfolio to include RPGs, such as Questland and Slash & Roll 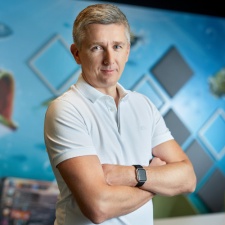 Founded in 2014, Gamesture consists of a 68-person team that operates from its studios in Krakow and Poznan.

The studio has developed and published two mobile titles to date, Questland and Slash & Roll, and currently has two more titles in development.

Ten Square Games has stated that the acquisition will allow the firm to diversify its portfolio to include RPG titles and will build its position as a "brand house" in the mobile games market. In June last year, the company fully acquired mobile flight simulator developer Rortos Studio to begin its expansion into additional genres.

"A great appetite for further development"

"For the last few years, we have been following the development of Gamesture closely, observing its market successes and effective implementation of growth strategy," said Ten Square Games CEO Maciej Zużałek.

"By investing in a company specialising in the RPG genre, we are expanding our product portfolio within this segment, which will enable us to reach new categories of players. We also believe in the synergy potential between our companies, mainly in the areas of product strategy, marketing and technology."

Gamesture CEO Tomasz Drożdżyński added: "We share a similar work philosophy, are driven by the same values, and have a great appetite for further development. We are happy with the transaction because it combines the potential and ambitions of both parties optimally."

As a result of the acquisition, Drożdżyński has stepped down from the Ten Square Games supervisory board and will remain on Gamesture’s management board.

Earlier this month, Netflix acquired mobile games developer Next Games for approximately $72 million in a bid to double down on its expansion into mobile games.