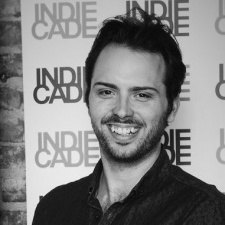 With its "significant" investment Tencent will take a minority stake in the company. However, the exact investment figure or share percentage have not been disclosed.

Prior to the relaunch, RiffRaff Games was founded as MayDay in 2019 by Joshua Boggs, who operates as the studio’s CEO and creative director. Boggs previously worked at Loveshack Entertainment where he led the development of the multi-award winning Framed, which sold over four million units.

To support its growth, the studio has hired former PAX global content director, Guy 'Yug' Blomberg, as studio director. Although the studio is based in New Zealand, Blomberg will operate from New York.

Other key talent at the studio have experience from across the game industry, including Electronic Arts, Creative Assembly, Weta, and more.

The studio is currently developing a "spiritually inspired" third-person stealth action game and is actively hirely experienced developers with a consideration for global remote positions. Another unannounced title is also under development, with the first title from the studio expected to launch later this year.

“Tencent has been very supportive of our innovative roots and our desire to take creative risks," said RiffRaff Games founder and creative director Joshua Boggs.

"The resources, the experience, and the mentorship it has provided is allowing Riffraff Games to pursue things that we didn’t know could be within our grasp. It's a really exciting time for the studio."

Despite Boggs' previous success with Framed, RiffRaff Games was unable to confirm at this time whether mobile games will be a focus for the studio.

In other investment news, last week, mobile games publisher Scopely announced that it had invested $20 million into Burlingame Studios to co-develop an "all-new experience".