Skins available in Troi and Erangel 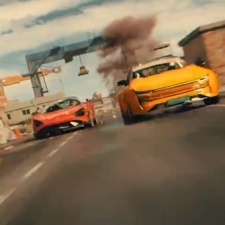 The McLaren 765LT, the latest "longtail" vehicle as well as the most advanced LT model to have come from McLaren thus far, has been added to the game.

As part of the New State event, running from March 17 until April 14 this year, the time-limited 765LT car skin and other custom items are being made available in-game.

The sporty skins, available to use on the Troi and Erangel maps, have been released in five colour variations:

Items are obtainable through the use of Mclaren 65LT crate tickets, acquired via gameplay and purchase. In celebration of the collaboration, three tickets are being sent to players’ mailboxes for free.

Other features of the version update include new weapons like the MG3 – with 7.62mm ammo and a magazine capacity of 75 rounds – and the fifth volume of the Survivor Pass, introducing Cynthia Song of Project Justice.

The McLaren portfolio of cars has retailed in 40 markets worldwide, and this is the latest model to have been added to a game. Last month, Roblox made its first F1 car reveal with the release of the McLaren MCL36 in its racing experience.