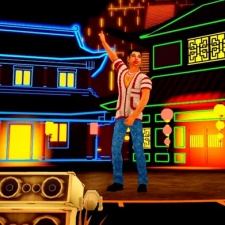 Roblox and Sonyhave revealed that the latest music experience on the platform will be a virtual concert hosted by US rapper 24kGoldn.

Starting on March 25, the upcoming 24kGoldn El Dorado Concert Experience will feature songs from the rapper's debut album, including the exclusive, debut performance of his latest single, "In My Head".

Also featuring in the Roblox experience will be a storyline wherein 24kGoldn faces an evil version of himself in battle. This will take place in the virtual city and combination of San Francisco and El Dorado, "San Dorado". 24kGoldn will perform at reimagined iconic locations with each song having a unique, creative backdrop.

"I grew up on Roblox and have been a big fan my whole life," said 24kGoldn.

"It’s been amazing to be a part of the full experience to make this virtual concert come to life. From coming up with the storyline and transforming my hometown to designing verch, I wanted to give my fans a one-of-a-kind experience."

The experience was created collaboratively with Gamefam and opens today with pre-concert quests ahead of Friday’s concert. Additional performances will re-air across the weekend.

Roblox vice president and global head of music Jon Vlassopulos added: "It was so exciting to see how passionate Golden was to extend his creative vision to Roblox where he also grew up playing. Roblox is changing the game for artists, freeing them to express themselves in a way they can’t do on any other platform and allowing them to connect with millions of fans who would never be able to get to see them play in the real world!"

As the week progresses, portals will open up with collectable badges and redeemable prizes as part of the event. Players who collect all of the badges and also attend the concert will be able to unlock a limited-edition emote following the performance.

Krafton's mobile-exclusive New State Mobile has officially announced its March update, which includes a collaboration with McLaren adding the 765LT to the game.