Snatches back first place with $225 in consumer spending 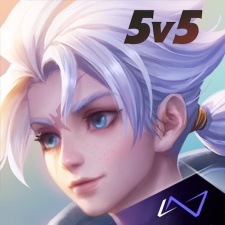 Honor of Kings has taken back the top spot for worldwide consumer spending across the App Store and Google Play for February 2022.

According to Sensor Tower, Tencent’s flagship title generated approximately $225 million in player spending, a rise of almost 3 per cent year-over-year.

The majority of Honor of Kings’ revenue was generated in China, with 95.2 per cent originating from the country, followed by Taiwan at 2.5 per cent, then one per cent from Thailand.

After sitting at the top for the past three months, PUBG Mobile has dropped into second place with $205.2 million in player spending for February 2022, a decrease of approximately 18 per cent year-over-year. Game for Peace, the localised version of the game for China, accounted for 64.2 per cent, followed by the US at 7.7 per cent.

Taking back the title

Overall, the global mobile games market generated approximately $6.6 billion across the App Store and Google Play, representing a decrease of 7.6 per cent.

The US was the leading market for mobile games spending at $1.9 billion, roughly 28.6 per cent of the overall amount. Japan was the second biggest contributor at 18.8 per cent, followed by China at approximately 17 per cent.

Earlier this month, Sensor Tower reported that half of the top grossing mobile games in 2021 featured a season pass monetisation mechanic. The three top grossing games this last month, Honor of Kings, PUBG Mobile, and Genshin Impact, all include this mechanic.