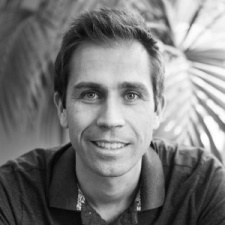 UK-based mobile games publisher Miniclip has revealed that it has exceeded four billion downloads across its mobile games portfolio.

The publisher’s most downloaded title to date is 8 Ball Pool, which has over one billion downloads. In August 2021, Miniclip received a Guinness World Record for 'most downloaded mobile pool game'. Some of the studio's most popular titles also include Agar.io and Baseball Clash.

Founded in 2001, Miniclip started as a web games site and eventually moved into the mobile games space. The studio reached three billion back in June 2020, with the additional billion downloads achieved in just 21 months.

"Reaching four billion downloads is a wonderful way to finish off the first quarter of what is already set to be a fantastic year at Miniclip," said Miniclip chief analytics officer Paul Bugryniec.

"We’re delighted that our games are continuing to make their way into the pockets of gamers around the world, and we want to thank all of the talented Miniclippers and studios who have helped us achieve this milestone."

Over the past two years the firm has ramped up its expansion efforts, through acquisitions, key hires, and more. Last week, Miniclip opened a new office in Lisbon with a capacity of 350 employees and plans to "display investment in the local area" through both in-house and remote hires.

Miniclip isn’t the only studio to break milestones today. French hypercasual publisher TapNation announced that it has surpassed over 500 million downloads across its 15 titles in just three years since the company was founded.