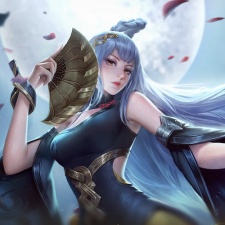 For the second month running, Honor of Kings was the highest grossing mobile game worldwide last month, according to Sensor Tower.

Tencent’s MOBA generated approximately $272.4 million in player spending, an increase of 5.8 per cent year-over-year and a rise of 21 per cent over the previous month.

The top three countries for consumer spending on Honor of Kings were China at 96.6 per cent, followed by Taiwan at 1.3 per cent and Thailand at one per cent.

PUBG Mobile, also published by Tencent, was the second highest earning mobile game of the month at $199.8 million in consumer spending. However, this was a decrease of approximately 17 per cent in comparison to the previous year.

No changes in leadership

The top five were rounded out by Genshin Impact, Candy Crush Saga, and Roblox in third, fourth, and fifth place respectively, meaning that there were no changes in position for the top five highest earning mobile games between February 2022 and March 2022.

The US was the largest market for mobile games in March 2022 and represented approximately 27.4 per cent of worldwide spending at $1.9 billion. China was the second largest spender at 19.2 per cent, followed by Japan at 19 per cent.

Mobile games consumer spending has been on the decline this year, with Sensor Tower recently reporting that Q1 2022 revenues fell 7.1 per cent to $21 billion.

The surge in player spending was largely caused by the impact that COVID-19 had worldwide, with many now having more time, and in some cases income, to dedicate to mobile games. However, as many countries have now started to lift the majority of restrictions in place, consumer spending has continued to fall this year.

Despite this, mobile games revenue is still higher than pre-pandemic levels, indicating that for many the new mobile game habits have continued despite the easing of restrictions.