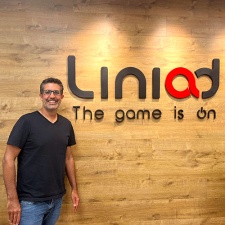 The new release sits firmly within the Liniad's core capabilities as the company recently experienced impressive results creating optimised playables for WhaleApp – delivering a 52 per cent surge in return on advertising spend (ROAS).

This playable dashboard brings a game-changing new capability to the table for developers wanting to release a high volume of playable ads and gives app marketers a way to create playables with no coding knowledge for endless iterations.

Gliding Deer's Chief Marketing Officer, Ben Eshel, said: "I think the key to a good playable ad is not just to make it visually appealing, but also to give users a clear goal. Having a clear goal can make or break your Playable's performance. Recently, we put the Liniad's Playable dashboard to the test. We used it to create a series of highly customised messages for our target audience. This is an amazing tool for anyone trying to optimise their playable performance.

"The fully customisable and interactive design makes it super easy to test. Liniad’s team are able to deliver these types of creatives, which in turn result in lower CPIs, higher engagement and overall better user acquisition."

Chief Marketing Officer, Gill Ohayon, told PocketGamer.biz: "Using Liniad's fully customised playable Dashboard, we created as many variations as we wanted in a click of a button. This is an amazing tool for creative A/B testing, especially given that you can as easily convert each playable to any network you need. I highly recommend Liniad's playable dashboard to anyone trying to optimise their Playable Performance."