Adapting the Warcraft aesthetic to the small screen was one of the core challenges, says Activision Blizzard 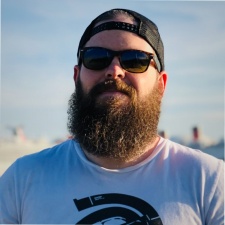 Arguably, mobile games art styles have a shared ubiquity borne from appealing to a far wider and international audience. The pastel brightness and approachability of the casts of Candy Crush and Clash Royale have a shared stylistic DNA.

This is also key to Activision Blizzard’s approach to Warcraft Arclight Rumble’s art style. Jeremy Collins, Warcraft Arclight Rumble art director, told PocketGamer.biz: “We want to make sure our energy is focused on the people that already love World of Warcraft and the IP in general. But it’s important to broaden the art style to a larger radius of people around the world.”

For Blizzard, transforming the Warcraft characters into miniatures – both central to the figurine art style and for the small screen – meant going back to basics. Collins continued: “It starts with readability. On mobile, you have some unique challenges, one of which is how you allow players to get an immediate read on the game, especially from a top-down RTS camera angle.

“This really informed how we designed our characters. We had to make sure there wasn’t a lot of material breakups, and that we nailed the silhouette of the characters as people recognise them from World of Warcraft.”

The result is a plastic toy style that brings the colourful World of Warcraft aesthetic in line with art styles more commonly found on mobile, although it shares strong similarities with Supercell’s Clash Mini, which also converts the Clash franchise’s recognisable cast into miniature toys.

One early art style that was ultimately rejected was, according to Collins, “a Masters of the Universe playset”, inspired by the scale, tactility, and interactivity of the Castle Greyskull toy. However, he continued: “One thing that wasn’t working was making the entire world plastic. It looks uninteresting.”

Warcraft Arclight Rumble will be available on iOS and Google Play, and will enter closed beta in the future within specific regions. You can read more about the announcement here, as well as Activision Blizzard’s monetisation strategy for Arclight Rumble here.