Epic Games’ Tim Sweeney continues his broadside against Apple as the battle royale returns to mobile, playable through browser 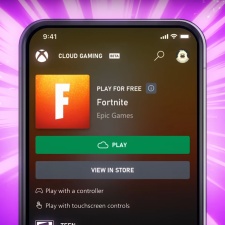 Epic Games’ Fortnite has made its return to iOS and Android, as of May 5 2022, although through the resolution of Epic and Apple's extensive legal disputes but a partnership with Microsoft, which sees the battle royale playable on browser through Xbox Game Pass.

The game is available in the 26 streaming-enabled countries, and Microsoft has revealed it is exploring other F2P titles on Xbox Game Pass.

Tim Sweeney, Epic Games founder and CEO, unveiled the “monumental news” with continued swipes at Apple, stating there is “no subscription required, no 30% Apple tax”.

Monumental news everyone! Fortnite is now available to play FOR FREE streaming to web browsers on iPhone, iPad, and Android via Xbox Cloud. No subscription required, no 30% Apple tax.https://t.co/eHs1Xvh6D2

This is the latest manoeuvre in Epic Games and Apple’s extensive conflict, since Apple and subsequently Google removed Fortnite from their stores in 2020.

Since then, it has become an all-encompassing brawl, with external parties including Roblox and even (or, of course) Elon Musk lending their support to all sides of the dispute. You can read all updates to Epic and Apple’s legal and PR conflict through this link.